A downloadable game for Windows, macOS, and Linux

The celebration was forgotten, only the ritual remained. Stars alone are left to watch over this place, and in time their power too will fade.

This game was made in 72 hours for Ludum Dare 39. It's a short little experience - once you see the credits in the lower corners of the screen, you've done everything.

That was a fantastic and very atmospherical gaming experience! While I felt very small when I looked at this planet, I also felt kind of powerful when I went through the whole ritual. All the lights, stars and awww... It's just an aesthically very pleasing game, thank you very much for that. Though it felt like the place, where the character stands, is kind of unhabitated or even a dead planet? All the 'transmission towers' look like gravestones to me. Anyway, the wonderful aesthetics were the main reason for me to write a little article about your game. I also uploaded a playthrough video of it for anyone possibly interested. <3

I sure liked this! I wished it was a little big longer and that the story/message was a little more included in the actual game (it doesn't make much sense at all unless you read the quote), but I'm certain that was because of your time constraints so no worries! This was still a really great experience for a gamejam game, and as everyone else has said, INCREDIBLY nice on the eyeballs. Good work!

This was a cool lil experience, would love to see more about the puzzles/story!

Great atmosphere. I'd say you definitely need to expand upon this game and turn it into a fully fleshed out game. The atmosphere and mood are just too strong. Loved it. My only feedback was the minigame could use some additional logic for the player to be able to figure out each Star Connection/Constellation logically. Rather than just guessing and clicking till you find the correct path.

Keeps crashing for me when I click the first thing that looks like a sideways C, or maybe a U with weird serifs. Is it the first? I can't find any others. On the screen you get taken to if you idle on the main menu for too long. macOS 10.12.6.

EDIT: Also crashes if I click the horizontal line on the main menu. The one further back doesn't seem to do anything. I'm not sure what I'm supposed to be doing. Is this meta?

EDIT: I got to a screen where I could link spaces(?) together with a yellow line. The game crashed again when I linked the starting-point cube to the ending-point cube.

Hi Viko, sorry about all the crashing! I don't have a mac myself so I'm unable to do any proper testing of that version. I might not be able to do anything about these issues, but just in case - could you get the game to crash again, then email your crash log (found at ~/Library/Logs/Unity/Player.log) to support @ graemeborland.com?

Done. I'll try the Windows version under wine or a manually-run mono, maybe.

EDIT: Windows version works under wine so long as you don't play full-screen, except that neither of the lines I was clicking on before work. I can get to where the one further back lead from within the game itself, so I assume that's also a bug, but I'm not sure what the lower-down one is for.

EDIT: On replaying, it turns out that the third puzzle _does_ have a proper visualization like the other two. I thought it was meant to be played from the screen of the puzzle on the right, which made it much more difficult because I couldn't see the lines or the end points. After completing it the "proper" way, the screen goes black, but I was able to see the rest by playing it from the screen on the right.

I enjoyed that. It was intriguing. Great atmosphere. 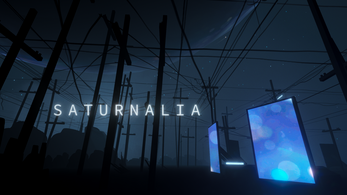 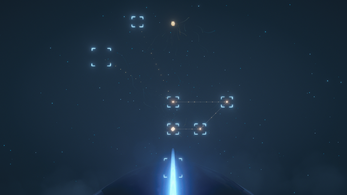 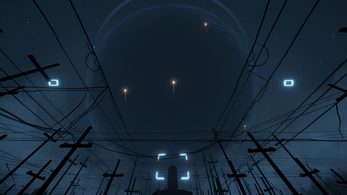 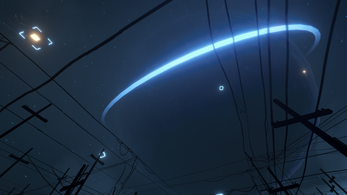